From 2009 to 2010, six years after the peace agreement that ended two civil wars in Liberia, the United Nations High Commission for Refugees (UNHCR) and a local nongovernmental organization, the Justice and Peace Commission (JPC), carried out a training program to promote ADR in rural Liberian communities. ADR is set of mediation and negotiation practices designed to help persons or communities peacefully resolve conflict, foster communication, and build trust in negotiated solutions.

As explained in a recent working paper, researchers helped UNHCR and JPC design the training program as a randomized control trial. Liberian communities were randomly assigned into two groups: a control group that would not receive ADR training and a treatment group of 85 communities in three Liberian counties that would. The researchers surveyed the communities before the intervention and after—in 2011 and 2013—allowing them to conclude with high degrees of certainty what impact the training was having. Given the prevalence of land disputes in post-war Liberia when displaced people returned to their homes, researchers also evaluated trends in property security and investment. 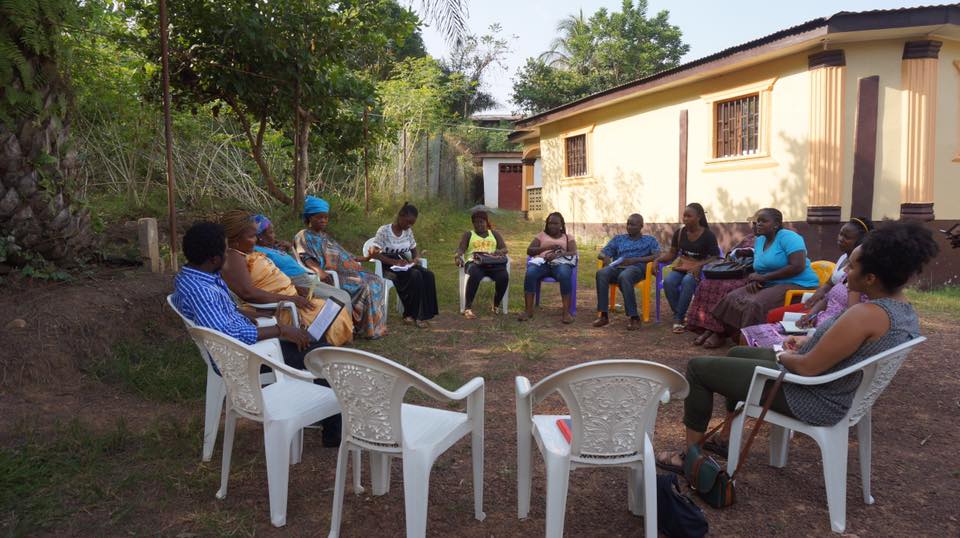 The findings from the first post-intervention survey showed a reduction in the number of persistent or severe disputes in communities where the training occurred. Three years after the ADR intervention, the second post-intervention survey results show a significant decrease in hostilities and violence associated with land, business, and interpersonal disputes. While dispute incidence remained constant, the ADR intervention was successful in reducing the number of severe conflicts as well as the frequency with which disputes escalated to violence. In addition to these findings, the evaluation sheds light on two significant potential challenges to approaches aimed at influencing informal institutions in conflict-affected communities.

Underpinning this intervention was a theory of change based on community norms around negotiation and mediation. By training people who lived in the community, UNHCR hoped the new skills would spread throughout the entire community. However, norms can be “sticky,” meaning that change does not always happen quickly, particularly if the new skills challenge existing beliefs, processes, or power structures. While the three-year survey found some evidence that residents internalized ADR skills around managing emotions and avoiding violence, the researchers observed little change in respondents’ norms, attitudes, and skills in dispute resolution. The intervention seemed to reduce severe disputes and violence, but it did not shift overall community norms around mediation.

Informal Institutions are Not Exempt from Elite Influence

The second post-intervention survey included additional questions on respondents’ beliefs about their ability to exercise their land rights. The researchers hypothesized that, with the continued practice of ADR strategies, Liberians would be more likely to peacefully resolve land disputes, resulting in more secure property rights. The 2013 survey showed the opposite: a weakening of perceived property rights in the trained communities.

In investigating this adverse effect, the researchers found that respondents with stronger political connections reported greater security in their property rights. These findings suggest that power imbalances continue to favor elites in their consolidation of land and that “strengthening informal institutions also seems to have secured the property rights of some over others.” Certainly, many factors contribute to land ownership and property rights, especially in a country with a large presence of foreign-owned extractive firms. However, these findings raise serious questions for development practitioners about the potential unintended consequences of strategies aimed at influencing informal processes.

A Model Worth Applying

The application of a random control trial evaluation model to violence reduction programming provides valuable evidence for practitioners and contributes to a growing knowledge base of high-quality evaluation findings to guide post-conflict programming. We take several lessons from this evaluation: